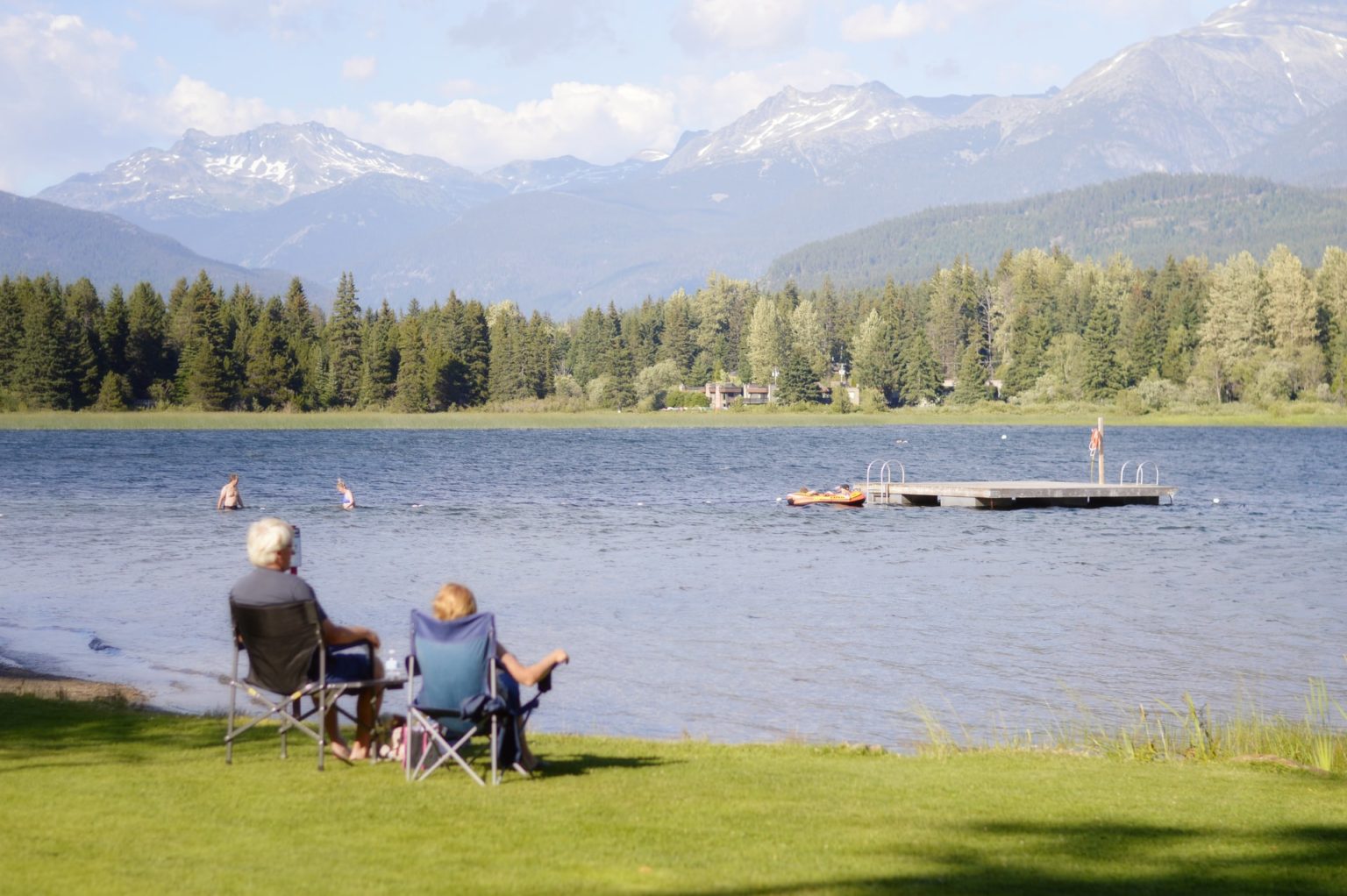 The German pension system is regarded highly among other pension systems worldwide. However, due to an ageing population, the German government has introduced several reforms since 2002 in order to maintain its long-term efficiency. These reforms include increases in the retirement age and reducing maximum state pension payments, among others.

The state pension benefits are paid out after the general retirement age of 65 years. It is managed by local and regional branches of the public pension insurance system called Deutsche Rentenversicherung. It provides basic retirement payments of about 70% of the working income. It also includes a minimum pension payout for low-income pensioners.

It is mandatory for anyone working in Germany to participate and pay contributions to the state pension scheme. The contribution rate is 18,6% based on annual net earnings up the the maximum contribution ceiling (Beitragsbemessungsgrenze). The employee and the employer both share these contribution payments equally of 9.3% each.

The state pension contribution ceiling for 2021 is 7,100 EUR in West Germany while it is 6,700 EUR in East Germany. The difference is, similar to local tax rates, is due to historically lower income in East Germany.

In order to be eligible for German state pension, you need to have been working for a minimum period of 5 years in Germany. The amount you will receive depends on the total amount of contributions paid during your time in Germany. Other non-working periods may also contribute to the state pension, such as:

These instances include into the 5-year requirement. The contributions will then be taken from the benefit payments received.

One years contributions of the average earnings of 41,541 EUR (during 2021) earns 1 “pension point” (Entgeltpunkt). Those earning more or less will earn proportionality pension points. It is the total pension points at the time fo retirement that will determine the total state pension benefits.

The new federal government’s basic pension scheme came into force on January 2021 and ensures that everyone who has paid German state pension contributions for a significant amount of time will receive adequate pension benefits accordingly.

This reform provides pensioners who have contributed for at least 33 years a supplement top-up on top of their regular pension payments. There is no need to apply for this new top-up payment as it is paid put automatically.

Once you reach retirement age (or go off with early retirement) and stay to claim your German pension, it is compulsory to take out a pensioners health insurance. This will provide you with healthcare services and is deducted automatically from your pension payments. The amount is dependent on how much pension benefits you receive.

There are mainly 5 different company pension schemes which companies may choose to offer their employees. These are:

The employer usually pays the company pension contraptions directly form your salary. The rate of contributions range generally from 3% to 15% depending on the pension scheme they operate. Since it is paid before tax, you will also have a small tax advantage. The employer will sometimes also top-up your contributions.

The amount of tax benefits received from company pension schemes is dependent on your salary (amount of contractions) and how long you have been paying contributions. It is important to note that company pension benefits are taxable.

Although the company pensions are managed directly by the company itself or a third party, The German Federal Government has protected these schemes in case of company insolvency for example. This means you will still receive the pension accordingly if the company ceases to exist.

There are mainly 2 types of private pension plans in Germany:

The Riester pension has been available since 2002 and serves as a top-up to state tensions payments. It is designed to make up for any loss of income due to pension reforms.

Anyone who contributes to state pension is entitle to sign you for supplementary pension plans via the Riester pan. This includes the following persons:

In order to receive the maximum benefits, persons should contribute a minimum of 4% of their annual net income (up to maximum 2100 EUR. In this case, the Government adds a 175 EUR bonus each year, additionally 300 EUR for each child born after 2008. For children born before 2008, a bonus of 185 EUR is paid out. In order to promote this type of supplementary pension schemes, you also receive a one-off bonus of 200 EUR if you start contributing before the age of 25.

These contributions are considered a special expense and are therefor tax deductible. However payments received upon retirement are taxable.

From the age of 60, one can start withdrawing pension payments, or request a lump sum payout. Another option, under the Riester homeownership pension scheme, is to offset your bonuses and savings towards a mortgage in order to help paying to off before going off with pension.

Introduced in 2005, the Rürup pension scheme is for anyone who does not contribute to the state pension scheme and is not eligible for the Riester Pension scheme. Generally this incline freelancers and Business owners. It is designed to provide with at least basic provision in old age. The German Federal Government supports the scheme via tax benefits.

Generally, anyone can sign up and contribute to a Rürup pension scheme. However, it is designed especially to cover the following groups of persons:

Anyone who signs up can decide how much they want to contribute with. This will of course also determine the payments received once claimed. The government does not provide any bonuses, but private pension providers often provide bonus scheme themselves. Instead the Government supports through tax breaks as contraptions up to the maximum of 25.787 euros per year in 2021 are 92% tax deductible. By 2025 contributions are 100% deductible. However, benefit payments are also 100% taxable once claimed.

The contributions secure a life-long pension benefits and are not reduced even if you are collection unemployment benefits. Similar to the Riester person, any contributions made to the Rürup pension scheme are protected by the The German Federal Government. However, the money invested cannot be passed on or inherited.

Generally, the majority of pensions are taxable. Since 2005, contributions have increasingly been non-taxable (offer tax deductions), while pension payments are subject to income tax.

The level of taxation depends on the year in which you retire. Since taxable amounts are gradually increasing, this determines your total tax burden on the payments of your pension. In December 2005, 50% of your pension payments are taxable. Every year since, the tax burden increases with 2%. This means this year (2021), those who go off with retirement will be taxed 81% of their pension income.

The Retirement Age in Germany

The current retirement age in Germany (2021) is 65 years and 10 months. In order to maintain sustainability for the system, the retirement age will increase to 67 by 2031. The only exception to this is this to have made 45 years of pension contributions are eligible to retire at the age of 63.

Early Retirement in Germany and the Zugangsfaktor

If you have made pension contributions for at least 35 years, it is possible to take early retirement. However the number of months left until you reach the retirement age are dedicated from your pension entitlement. This is called the Zugangsfaktor and generally counts for 3,6% reduction in your pension payments for each missing year.

If you have worked for less than 5 years you can have your contributions refunded. Generally, you must have been living aboard (or stopped paying contributions) for more than 1 year before being able to request a refund.

It is important to note that in the case of having contributed for more than 5 years it is not possible to request a refund. In this case you need to reach retirement age in order to receive the pension payments from Germany.

It is not possible to continue to contribute to your German state pension plan from abroad. This is due to deductions made from your income tax. Therefor you will stop accumulating pension points. Generally the same applies to both company and private pension plans.

You can receive your German pension payments from abroad once you reach retirement age. However, it is important to take note when it comes to company and private pension contributions since only a refund may be possible. It is dependent on the amount/duration of contributions paid.

Similarly, the amount of benefits received can vary depending on the country moving too. This is due to the pension being taxable, and therefor dependent on the taxation rules in that particular country on foreign income.

Furthermore, it is important to keep track of both the amount and rules for pension payment benefits when moving between several countries in order to make sure you receive the correct pension allowances.

If you are exploring your options of a worry-free retirement, need any advice on the pension plans that are available in Germany, or simply would like to have a consultation about what makes the most sense in your personal situation, Pensionfriend is an online and independent pension advisor that is experienced in responding to the special needs of expats. All their services and information are available in English. Get in touch with them directly via info@pensionfriend.de or navigate to their website https://Pensionfriend.de. 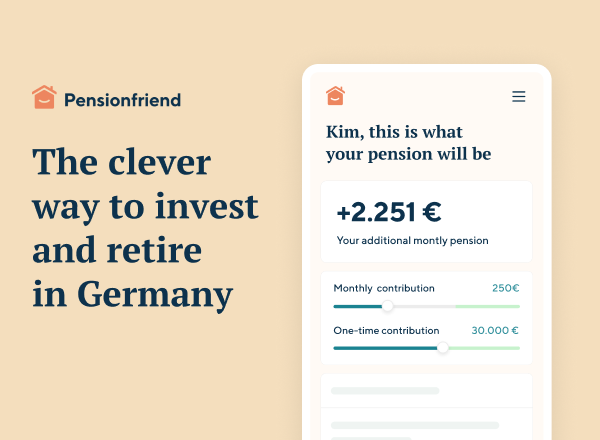 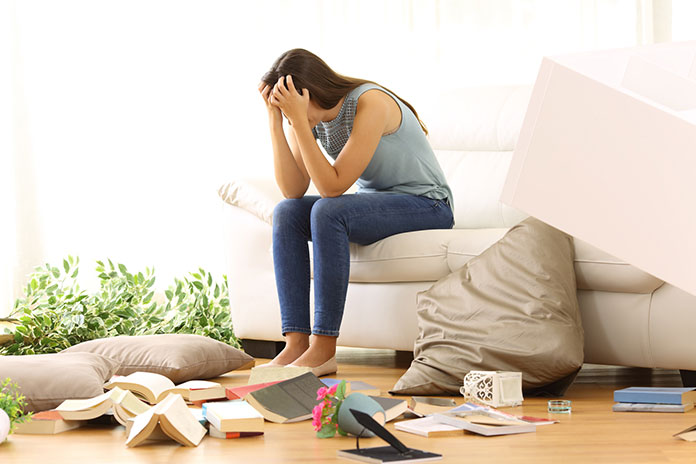 Home (or household) insurance in Germany 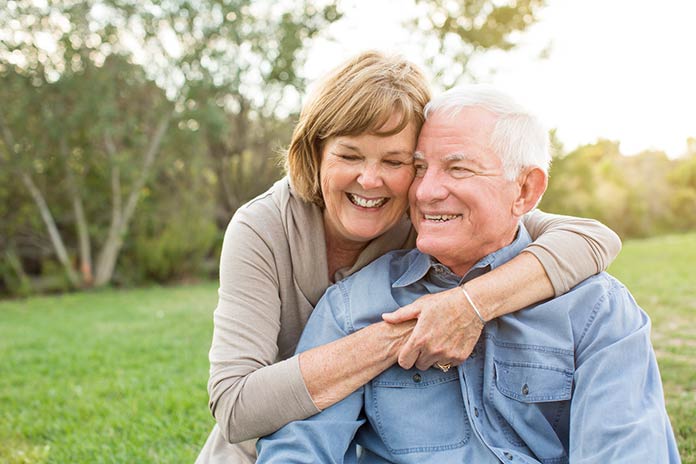