Looking into the Highest-Paid Employees in Germany 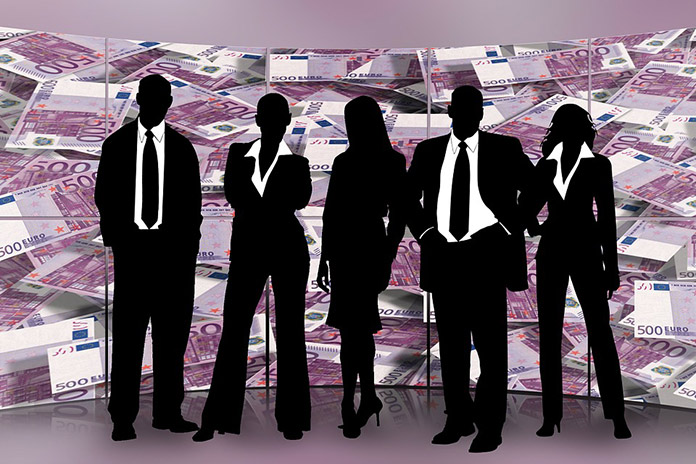 Employment specialists Glassdoor have recently complied a list of German companies who offer the highest median salaries to their employees. The recruitment website found that, taking into account all additional bonuses and salaried elements alongside basic pay, consultancy firm Roland Berger and industrial group Siemens offered the largest median incomes at an impressive €80,720 annually.‍

Glassdoor's findings indicate that those companies with a long history of operation within Germany tend to have the highest-paid employees, with all businesses ranking in the top ten having headquarters within Germany with many operating in traditional or well-established German industries. Employees hoping to find the best paying jobs should take a look at the opportunities available within the German market.

Dr. Andrew Chamberlain, Chief Economist at Glassdoor, stated in an interview with the Berliner Zeitung that, “An important factor for higher salaries is the development of technology combined with skills which are in high demand”. He referenced the fact that “Economists often mention the “Superstar-Effect” with regards to this link” and that “Competent workers are important for the continued success of a company.”Businesses aiming for an increased global profile naturally aim for highly qualified employees. Chamberlain stated that, “But in this case, the demand is obviously larger than the supply”. To ensure demand is met, Chamberlain set out a two-step process: highly qualified employees should be paid according to their ability and that reasonable salaries should be offered during the initial recruitment process.

The link between stress and pay

Chamberlain indicates that due to the stressful nature of high-level jobs (particularly within the banking sector) that salaries and benefits tend to be higher. “Long working hours coupled with stress and high risks lead to employees receiving higher salaries”, he said.

Glassdoor's survey also highlighted the continuing taboo of sharing salary information that exists within Germany, with a majority of employees completely unaware of how much their colleagues receive despite a desire for a wider understanding of the information. It was found that only 4 in 10 Germans are aware of how much their co-workers are making and that of those, only 50% received that information from the individuals themselves. This lack of transparency is a concern to most employees, with 60% of those surveyed wishing for their company to be more forthcoming with their payment packages while, conversely, 72% said they would be unwilling to discuss their own salary with others. Employees claimed that anonymous reporting would increase this likelihood, with 45% then being willing to disclose their payment structures and bonuses.

Information regarding the results

Glassdoor's data was taken from salary information for the period between July 1st 2014 and June 30th 2016. Information was taken from companies that published such data for the time period, with a median amount deduced from the full range of financial remuneration including base pay, bonuses and any other payment offered. The information provided in the top ten list is reflective of the median annual salary received by employees from each individual company.